Suomenlinna Sea Fortress is a fortress island in front of Helsinki, Finland. It’s construction was intially completed in 1748 when most of the area of modern Finland was firmly under Swedish rule. But Sweden had suffered some losses to Russia and eastern parts of what is Finland today were transferred to Russian rule. Sweden wanted to avoid further losses and ordered construction of fortifications in what was to become Suomenlinna.

Idea was that Sweden could house troops and part of it’s navy in Helsinki and Suomenlinna. If a war broke out between Sweden and Russia, the Swedes wouldn’t have time to send in ships from Stockholm. Especially not in the winter or early spring when the sea would be frozen.

So the construction of the fortress was started, headed by Field Marshal, Count Augustin Ehrensvärd. Construction was also funded by France, after the French growing concerned of increasing Russian influence in the Baltic Sea. However Sweden did not finish the construction in the extent intended.

So became 1808 and Finland was being invaded by Russia in another war between Russia and Sweden. This time Russians arrived by land, quickly occupying Helsinki and surrounding the sea fortress. After a 2 month long siege the Swedish troops surrendered and left the islands to Russians along with rest of Finland.

Russians continued the construction and built many of the residential buildings you see there today and for example the church in the middle of the islands.
Next time islands saw action was in 1850s when, during the Crimean war, French and English ships bombarded the island by cannons for 2 days, destroying many of the original buildings on the island. The Suomenlinna bombardment was watched by many Helsinki residents, who gathered en masse to the highest places on the mainland to see the “show”.

When Finland gained it’s independence in 1918 remaining Russian troops were removed after the socialist side lost the Finnish Civil War. The islands were left in the military use of the newly formed Finnish republic. It remained strictly in military use until the 70s, when it was gradually opened to the public. In 1991 it was awarded the status of Unesco World Heritage Site. 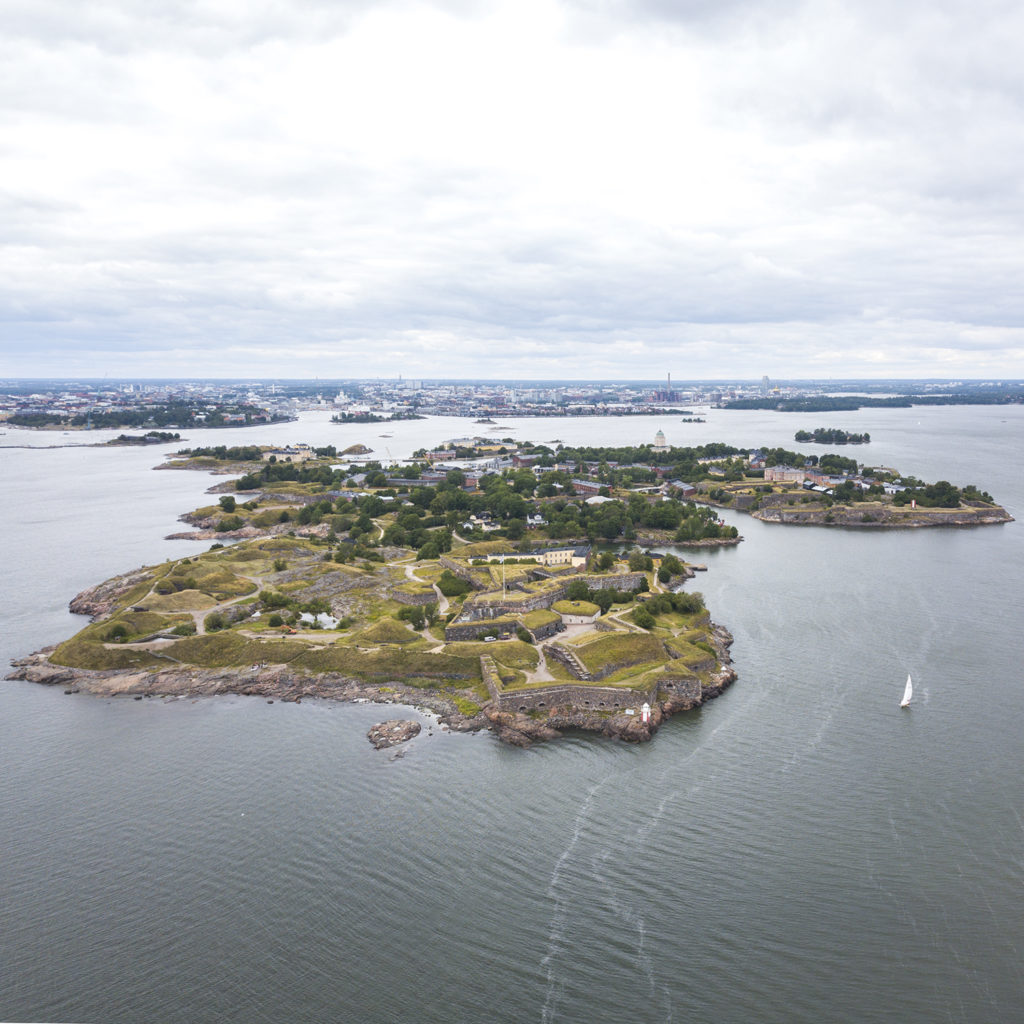 Todat Suomenlinna is probably the biggest tourist attraction in Helsinki. Ferries go back-and-forth between the Helsinki city center (Market Square) almost around the clock. And people do actually live there! The housing buildings of old garrisons have been turned into flats for perfectly ordinary civillians. It is a really unique place to live, for sure.

What else can you see and do there?

Obviously the fortress is a sight on it’s own. The area has many restaurants, small cafes, a store to buy some snacks for your visit and many museums. For example a military museum and the Suomenlinna founder Ehrensvärds former home turned into a museum. Some residents also park their boats on the island and there is a fully functional dry dock – only one on the southern coast of Finland. The Finnish Naval Academy is located on the island.

There is even a prison still on the island. In Finland it’s mandatory to do either military or civilian service. But if you refuse to do neither, you go to jail. A kind of “light jail”, though. And that jail is located in Suomenlinna.

After disembarking the ferry, most tourists head south, towards the southern tip of the island. There you have full view out to the Baltic Sea and you can admire some old Russian cannons that used to defend the island. There you can also catch a spectacular sight: huge ferries going between Finland, Sweden and Estonia pass the island through a narrow strait looking like they almost scratch the fortress walls.

In the summer of 2016 when the hit game Pokemon Go was launched, Suomenlinna islands became the Pokemon hotspot in Helsinki. Thousands of kids swarmed the island trying to catch Pikachu. In the evenings a huge crowd gathered to get on the ferry back to the mainland, forcing people to stand in line even for couple of hours before getting out of the island.

Suomenlinna Sea Fortress seen from the air. City of Helsinki in the background. 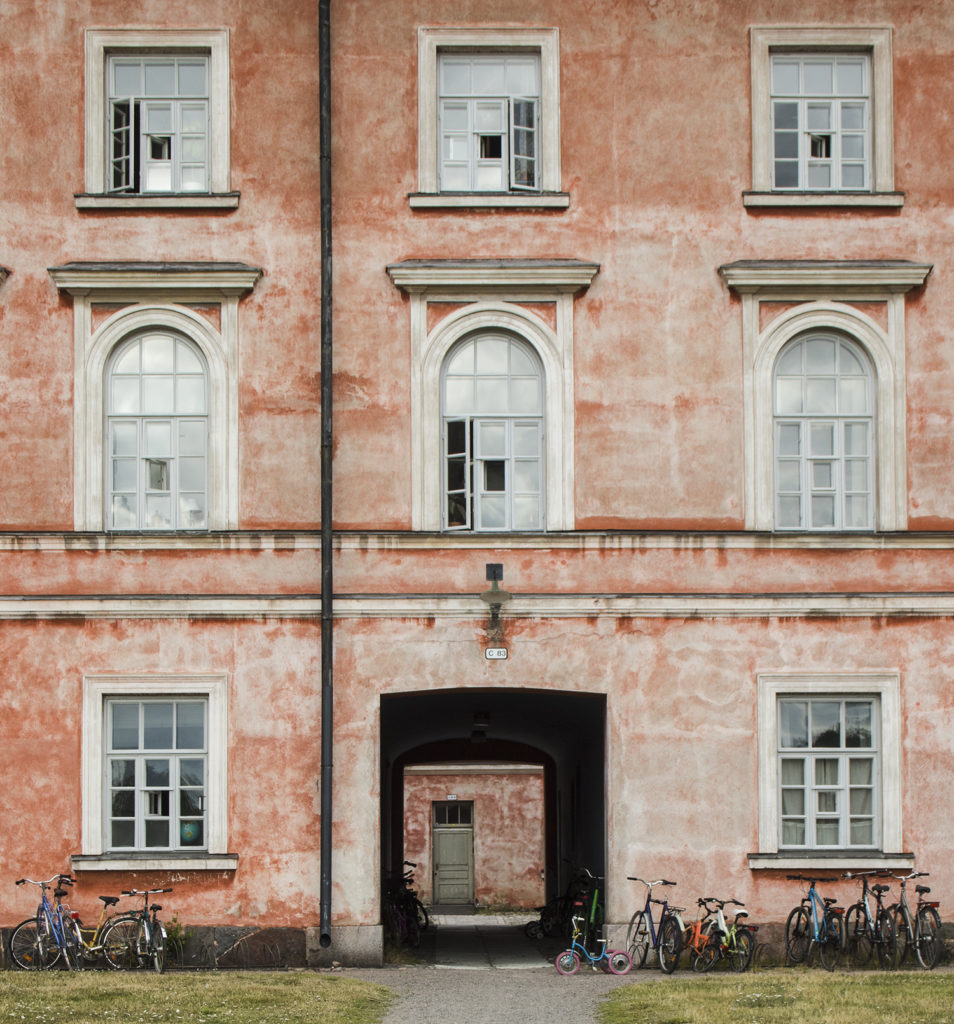 A residential building in Suomenlinna Sea Fortress in Helsinki, Finland. 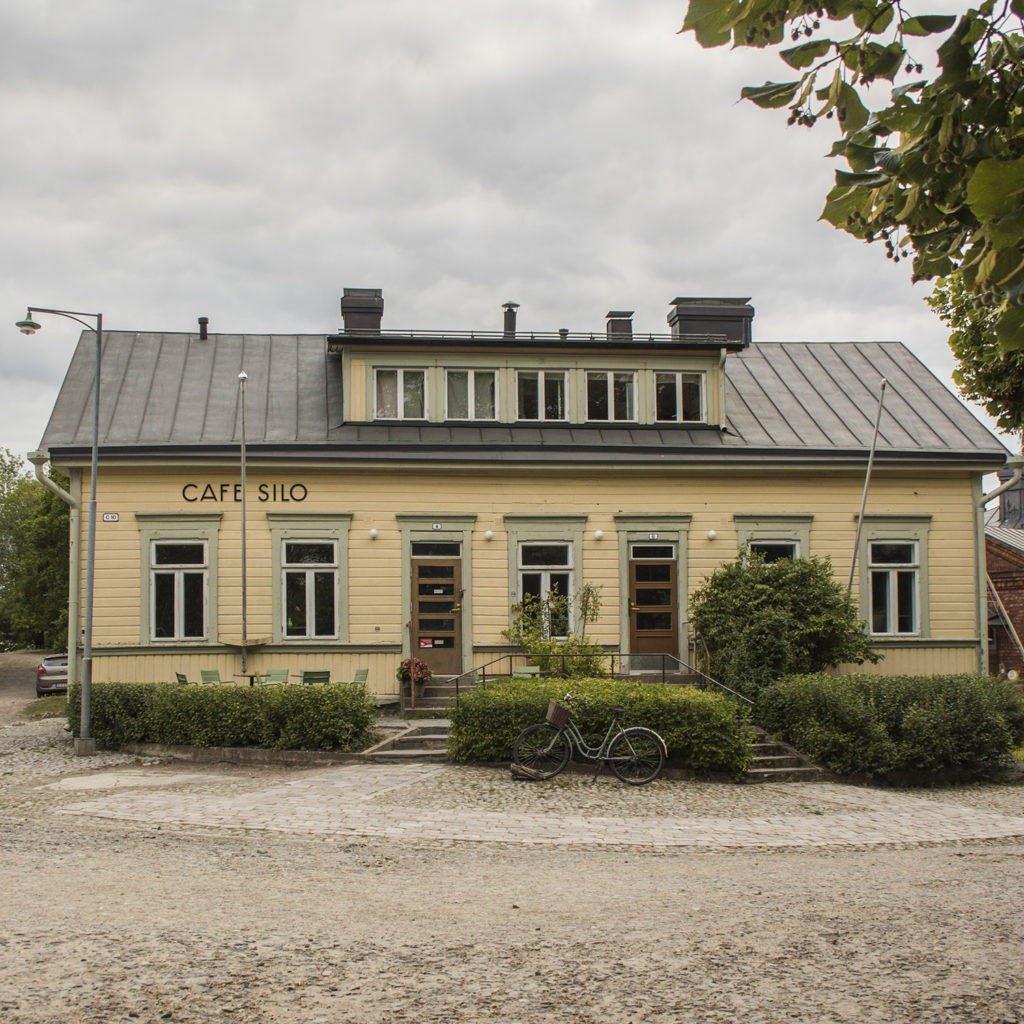 A building that used to be a store, now a cafe, in Suomenlinna Sea Fortress in Helsinki.

Suomenlinna Sea Fortress is more than a historical site. There you can find for example a fully functional dry dock. 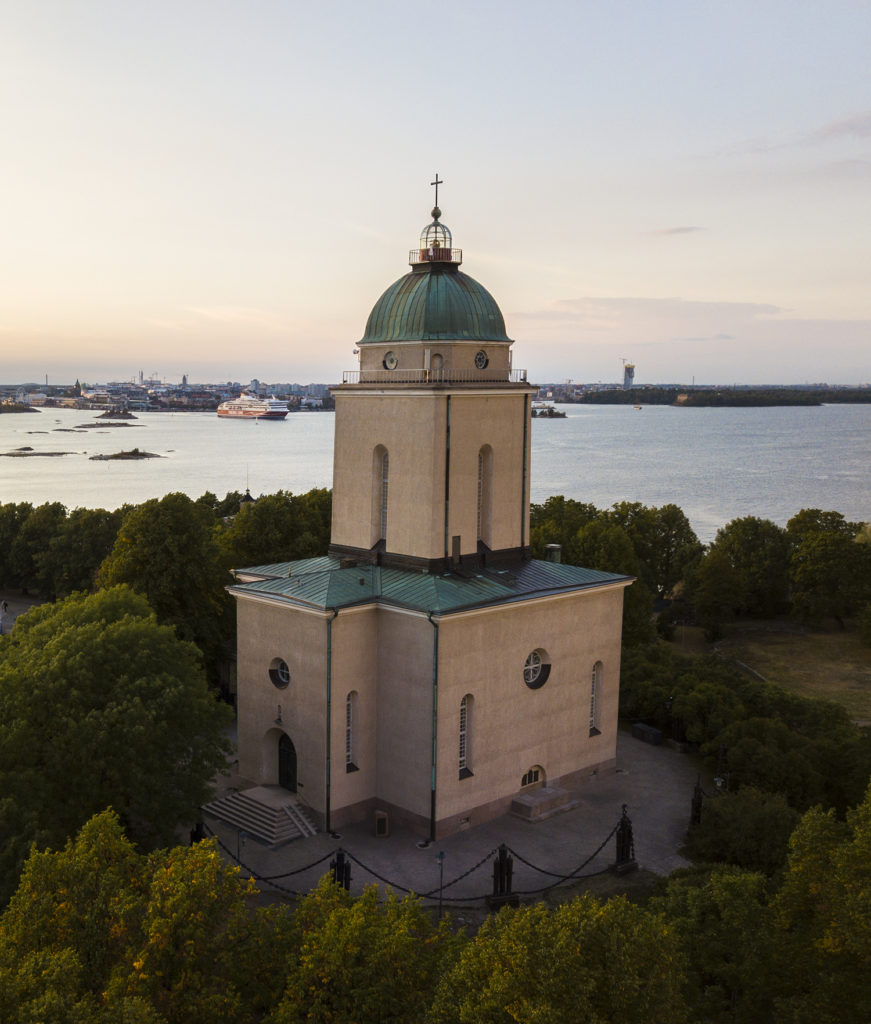 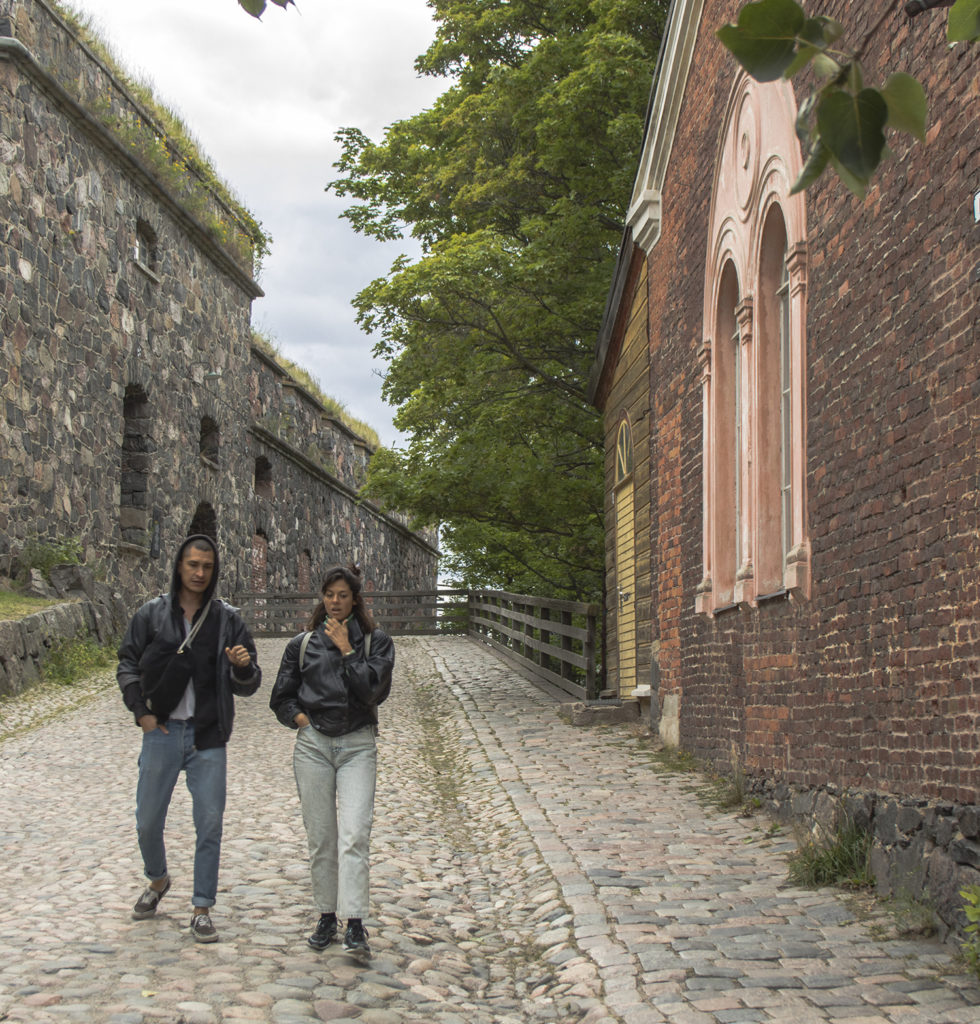 Suomenlinna Sea Fortress is great place to go out with your friends. 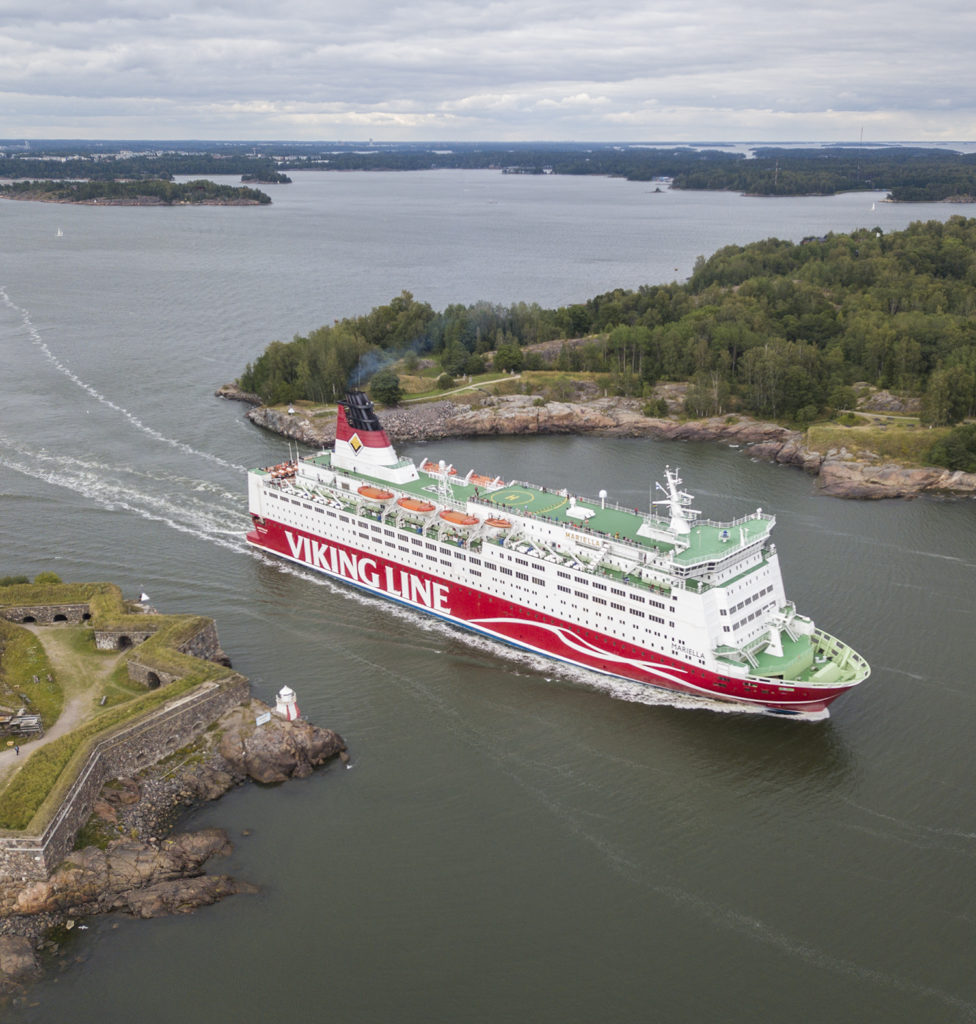 Field Marshal, Count Augustin Ehrensvärd was a Swedish-born director of construction of Suomenlinna Sea Fortress under Swedish rule. He is buried on the island in this grave memorial

Suomenlinna Sea Fortress on a map: